It is officially hurricane season. Tis the season when our sailboat is put to bed, and we come ashore to gather sand dollars. In other words it’s time to return to work and earn money, a.k.a sand dollars. I enjoy this season as much as I do any other. I like where I work, I like what I do at work, and I like the mental and creative stretch that it requires. The anticipation of returning reaps a unique sense of excitement as I pull together mental images and swirl them around and around, revealing a forecast of probabilities, possibilities, and perspectives…it’s a method the National Hurricane Center could use should they ever decide to ditch science. Admittedly, I rely on elements other than science, or even a calculator, for predicting how abundant this season of collecting sand dollars will be. So for now, I’m predicting that over the next several months there will be a tsunami of work emails; a surge of deadlines; plenty of sun drenched days of kindheartedness; and contemplations, muggier than a Key West evening in August, about the villagers of tiny Aqua Verde who raise goats and make cheese for a living.

Reaching the turquoise waters of Aqua Verde was high on the list of places to visit this year. Departing Puerto Escondido early one Sunday morning, Seamore Pacific reached the bay off Aqua Verde by late afternoon, only to find the water not as beautiful as we had imagined or as striking as the photos in our cruising guidebook. Blaming it on the clouds, we decided not to hold it against Aqua Verde for being Aqua Dulle and without further thought, went about our routine of stowing sail gear; transforming Seamore Pacific’s cockpit back into a comfy place to lounge with cerveza, salsa, chips, and binoculars. Seeing an outcropping of palm trees, beached pangas, and leaning plywood structures, without people the area appeared abandoned. Hmmm. Again we had been expecting more action and signs of commerce.

Not seeing any life on shore from our perspective on the boat, we took the dinghy in, pulled her up on the sandy beach and went to investigate. Faded and empty….nothing. Pulling out our guide book, we referenced a map depicting a tienda (store), a cemetery, a school, and several goat farms a short but dusty walk away from the beach.

Sharing the path with lightning fast, 4 inch lizards rising out of the camouflaging dust, we quickly witnessed that beyond the palm trees is a place that is neither “faded nor empty.” Stopping in at the tienda, for an ice cold drink and goat cheese, the owner took us out back to a large ice box where she rummaged to find us cold drinks and homemade cheese. Because she wrapped napkins around the cans to keep them cool and absorb condensation then used a “community knife” to slice off a hunk of cheese and offer it up proudly for my tasting pleasure, I’m affected by her kind gestures and now contemplate the “probabilities, perspectives, and possibilities” of one who abides without internet, cell phones, or a paved road for nearly twenty five miles.

I hope that when I’m out gathering sand dollars this season, I don’t misplace or lose vision of the tienda….a cement structure no bigger than my closet in Phoenix, but sufficiently big enough. She is a symbol for making do…doing without…working hard….borrowing from a neighbor…and sharing with a stranger. 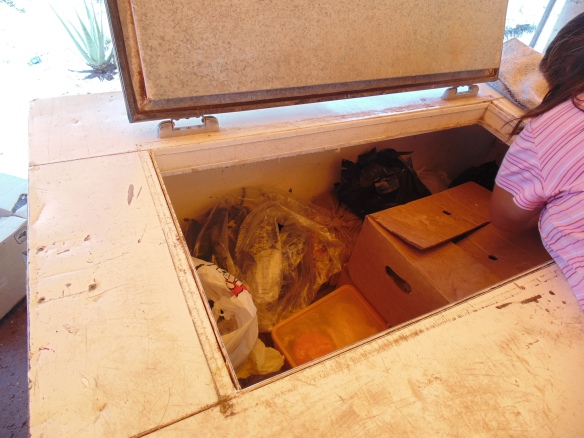 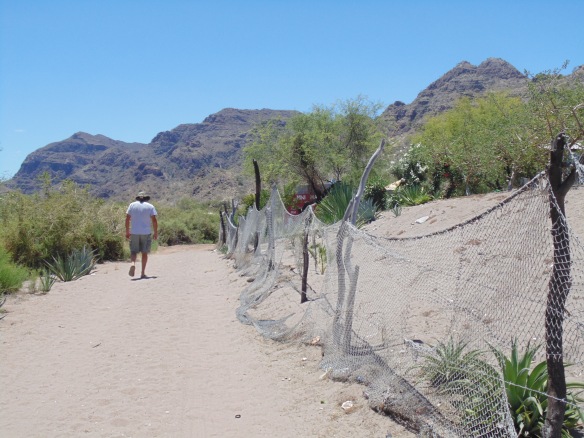 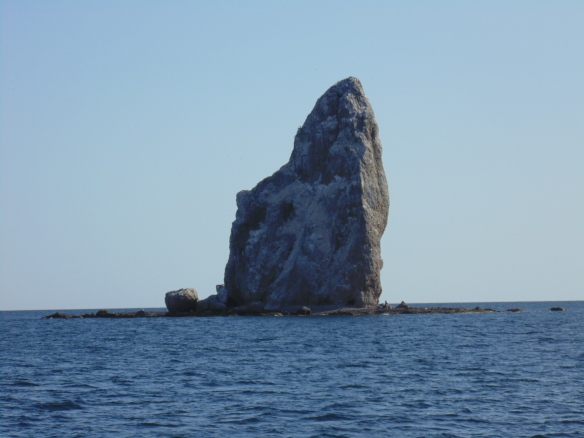 Ready for bed in San Carlos 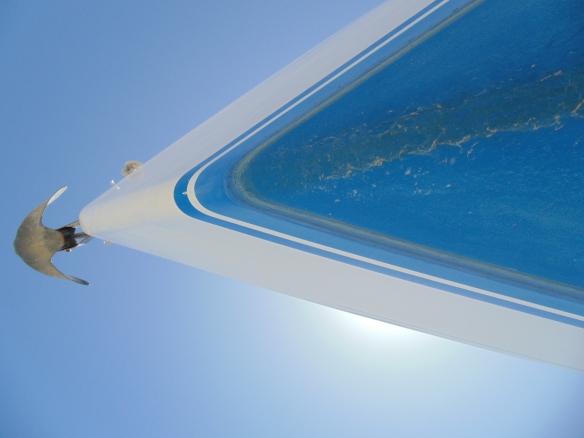